Opera Project has made performances in aid of charities a central part of its summer tours. Each season has seen charitable performances raising substantial sums for the charities involved. Such charities have included the NSPCC, the Kent Association for the Blind, the Friends of Bristol Oncology, the Bristol Royal Society for the Blind and the Canterbury Cathedral Fund. In July 2000, Opera Project gave a performance of The Marriage of Figaro as part of the official celebrations surrounding the 100th birthday of HM Queen Elizabeth The Queen Mother in aid of her favourite charities.

As part of a five year association with the Chelsea and Westminster Hospital, from 1998 to 2002, Opera Project’s artistic director Richard Studer led innovative and highly creative art workshops with children from the hospital school, children not well enough to go home but fully able to participate in and gain benefit from these sessions. Sometimes these workshops centred on themes from the company’s repertoire. In 2000, for example, Opera Project gave two fully staged performances in the hospital’s atrium of Rossini’s La Cenerentola. These were preceded by childrens’ workshops in which they created elements from the opera, in particular a range of fantastically decorated shoes which went on to form the backdrop for the performances. 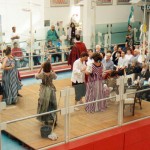 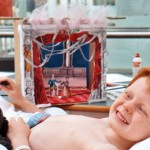 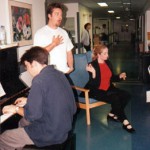 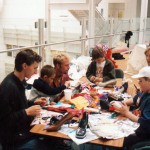 Where the company’s repertoire didn’t immediately lend itself as a focus for childrens’ workshops, other ideas relating to theatre, opera and performance were devised. These included a week-long course in puppetry and a series of sessions in mini-theatre making. Aside from children’s workshops, Opera Project also presented musical ‘mini tours’ around the hospital’s wards with singers from the company’s hospital performances.

In 2008 Opera Project was commissioned to present Janácek’s masterpiece The Cunning Little Vixen for Longborough Festival Opera. The cast for this production included ten children from local schools. During the run up to performances Richard Studer, Opera Project’s artistic director, led workshops in local secondary schools for children from years 7 and 8 (Key Stage 3). For most of these children, opera was a totally new concept. With musical support from Maria Jagusz, and with reference to animals (following in the footsteps of Janácek), Richard introduced the concept of character and plot development, and by the end of just one day the children had scripted, written, costumed, staged and performed a complete performance of a new ‘mini’ opera. Richard has led further such workshops over subsequent years and local children were involved once more, on the Longborough stage, in productions of Falstaff in 2011 and La Bohème in 2013.