Dramatic tensions were starkly outlined by the director-designer Richard Studer”

Opera Project was founded in 1993 by conductor Jonathan Lyness and director/designer Richard Studer. The company’s first production was of Cosi fan tutte, which toured to the Redgrave Theatre and Farnham Maltings. Sung in English, and with an orchestra of ten players, the format was followed in 1994 with The Barber of Seville.

In 1996 Opera Project began a collaboration with Iford Arts, establishing the opera festival in the tiny Italianate cloisters of Iford Manor near Bradford-on-Avon. Between 1996 and 2004 Opera Project staged fourteen productions ‘in-the-round’ to packed audiences and considerable critical acclaim, the Independent commenting on Don Giovanni in 1999 ‘I’ve rarely felt so physically involved in a performance…the presentation was so keenly alive’, and Opera Now writing in 2004 of Falstaff ‘a genuine theatrical experience from cut-down forces… the energy was undeniable’. 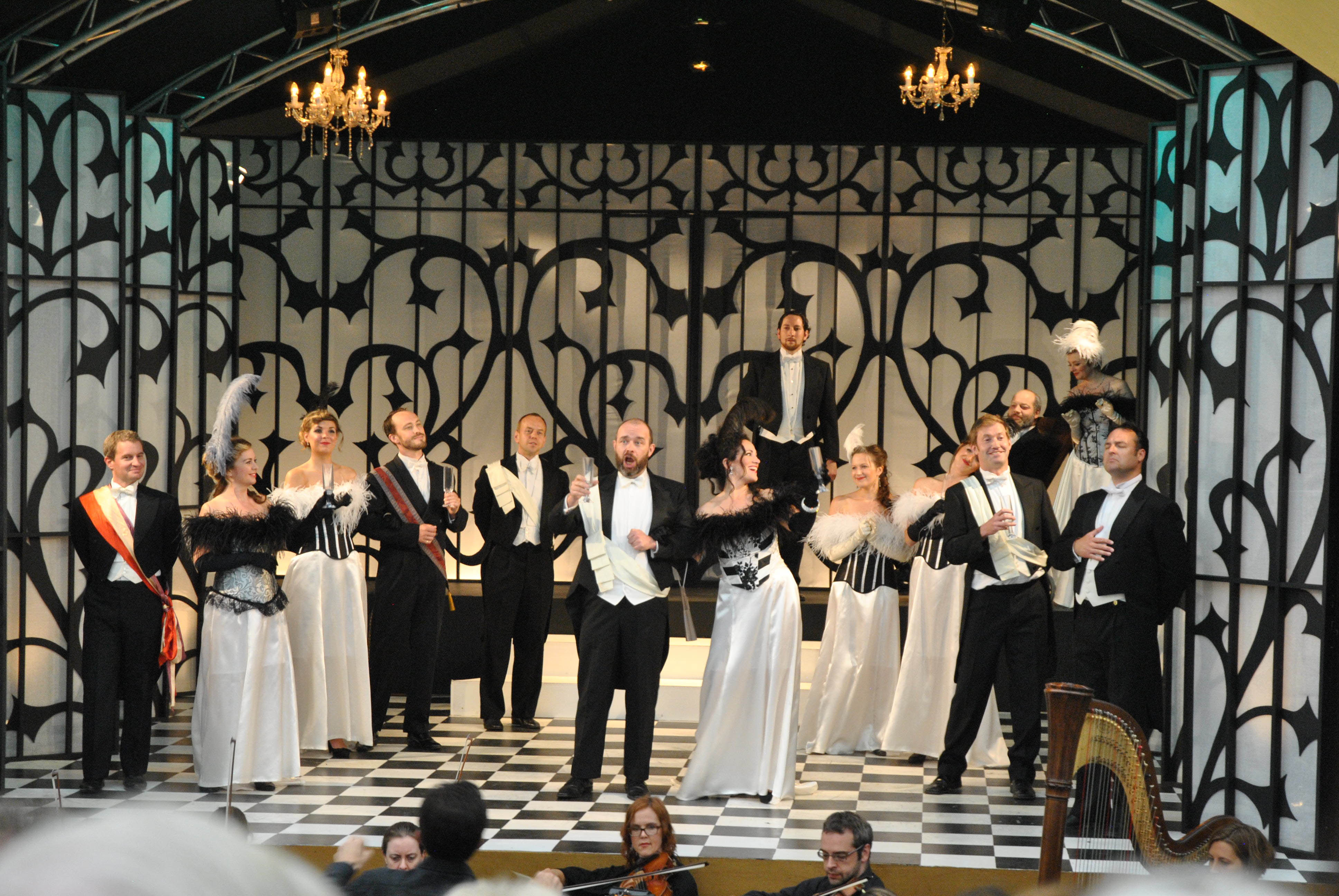 In 2000 Opera Project gave performances of The Marriage of Figaro and La Cenerentola at West Green House in Hampshire. This event established the annual West Green House Opera Season where, to date, the company has now given fifty-three performances of twenty-nine different productions. These include a host of eclectic and less often performed repertoire such as Britten’s The Beggar’s Opera and Lehar’s The Merry Widow. In addition there have been performances of a number of one act operas from the baroque – Pergolesi’s La Serva Padrona and Lampe’s Pyramus and Thisbe; to the 20th century – Walton’s The Bear, Ravel’s L’Heure Espagnol, Puccini’s Gianni Schicchi and Bernstein’s Trouble in Tahiti; to pieces outside the opera repertoire – Walton’s Façade, Stravinsky’s The Soldier’s Tale and the Stephen Sondheim revue Side by Side by Sondheim; to pieces from the world of music theatre – Sondheim’s A Little Night Music and Bernstein’s Candide. 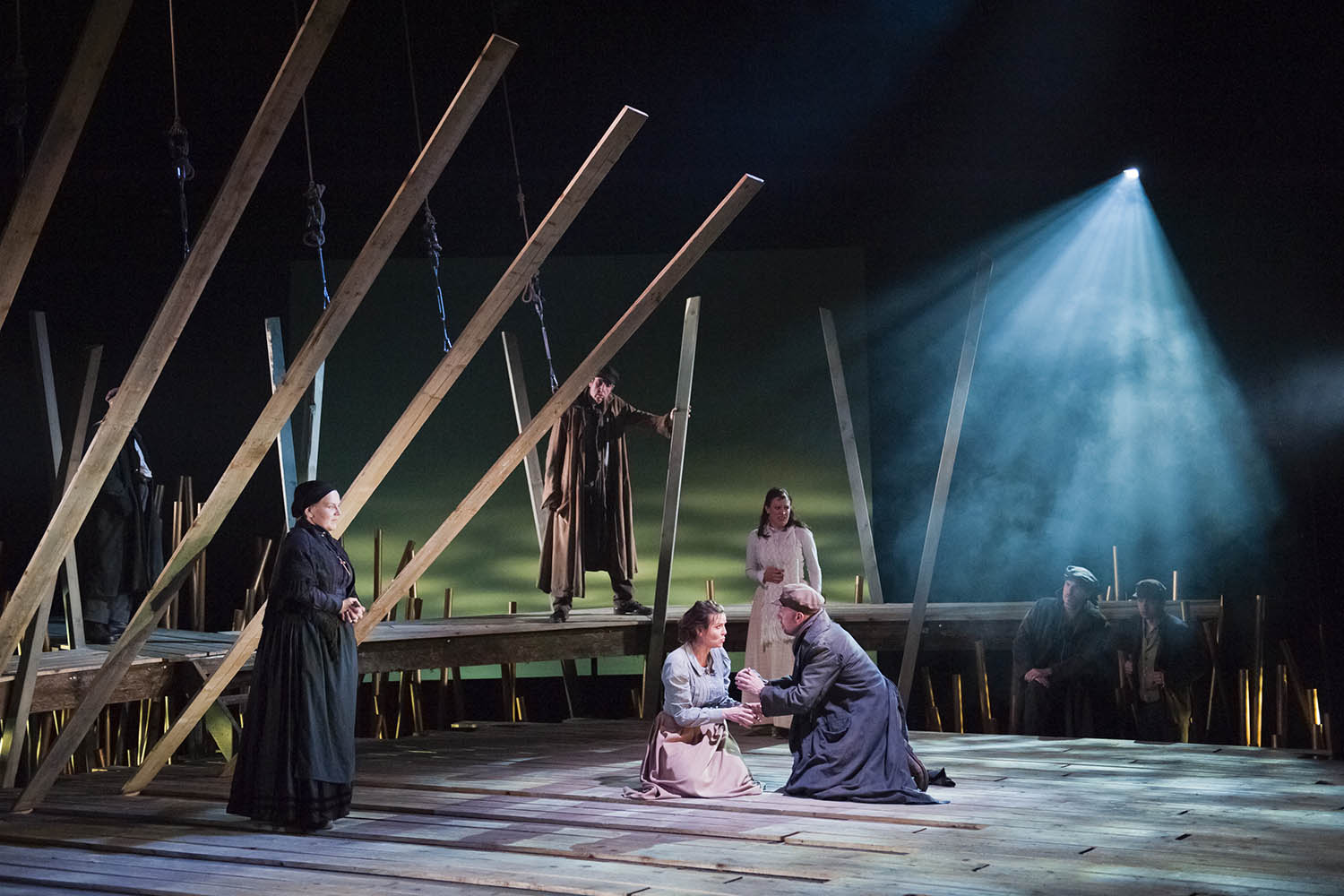 2002 saw another milestone in the company’s history when it was invited to present its production of La Traviata at Longborough Festival Opera. Opera Project performed annually at Longborough up until 2007, since when Opera Project’s directors Jonathan and Richard have formed the creative team behind many large-scale LFO productions including works by Benjamin Britten (A Midsummer Night’s Dream) and a Janáček cycle (The Cunning Little Vixen, Katya Kabanová and Jenůfa). 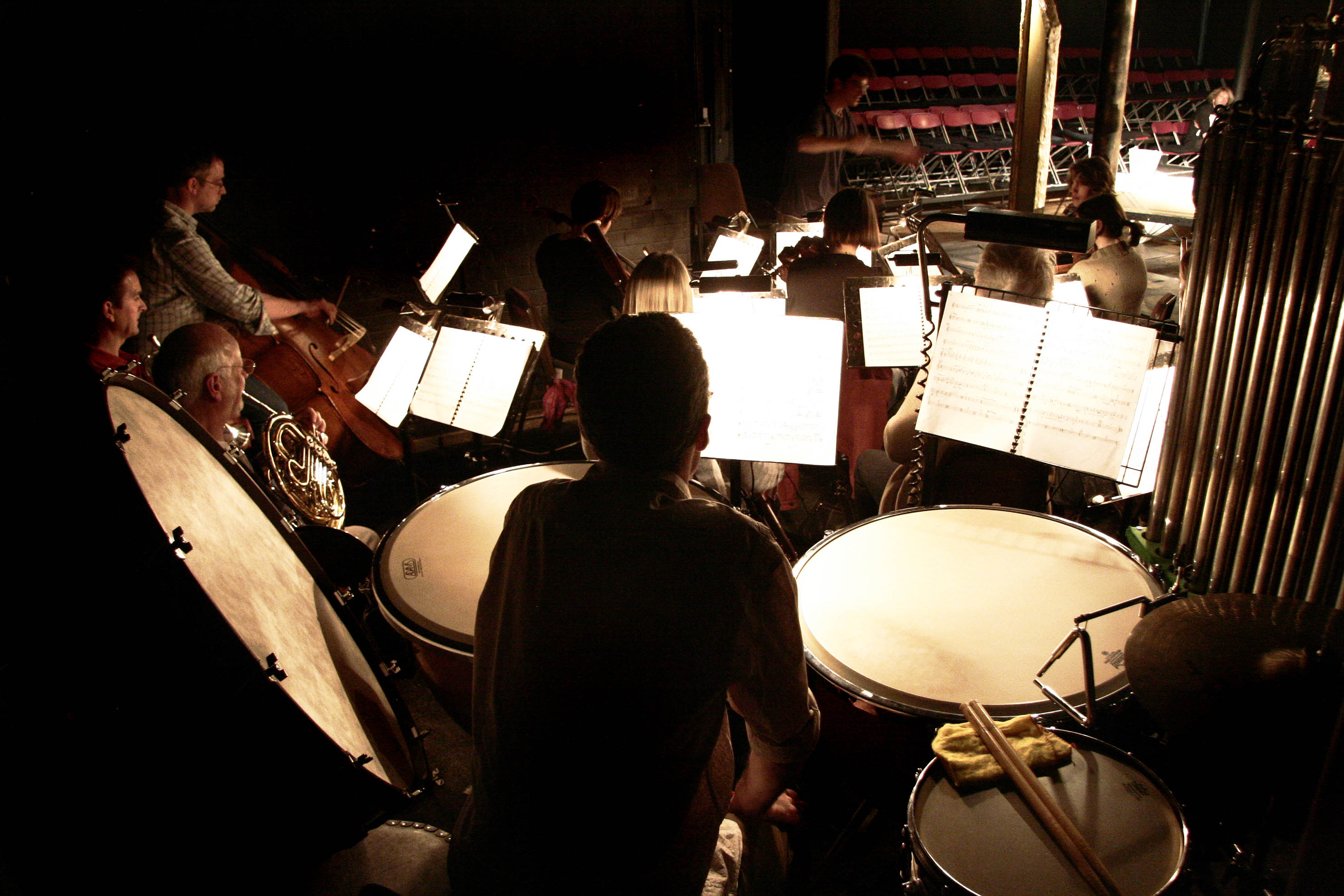 In 2003 Opera Project was invited to give eight performances of Così fan tutte for a small-scale repertoire theatre in Bristol, The Tobacco Factory Theatre. This was the theatre’s first operatic venture and, such was the popularity, it immediately became an annual fixture. Productions include a memorable staging in 2006 of Britten’s The Turn of the Screw; “Outstanding” was how Opera Now reported it, commenting of Opera Project that “they make it work, they deliver with punchy, impactful theatre, and they cast with strength…” Such was the impact of this production that there was almost a minute’s stunned silence after the first performance. Other memorable productions include Tosca in 2008 with Amanda Echalaz stepping in at short notice in the tile role, and Eugene Onegin in 2012 of which the BBC Music Magazine wrote “This is a production which uses the bare minimum in staging, performers and even space, to tell a story with huge emotional impact – and pulls it off with apparent ease”, the Guardian adding that “It was all realised with the highest musical values”.

1999 saw Opera Project invest in what has been described as ‘the best touring opera stage in the country’. It was this structure that first enabled the company to diversify, touring widely to a number of the country’s finest gardens. Opera Project has now been touring for 16 seasons, with productions mounted on a small scale, with an orchestra of between 10 and 12 players and a cast of between 5 and 15. Regular touring venues range from established concert halls, to small rural barns, to some of the country’s finest gardens, to festivals including the Deal, Newbury and Culross Festivals and the Salisbury International Arts Festival. 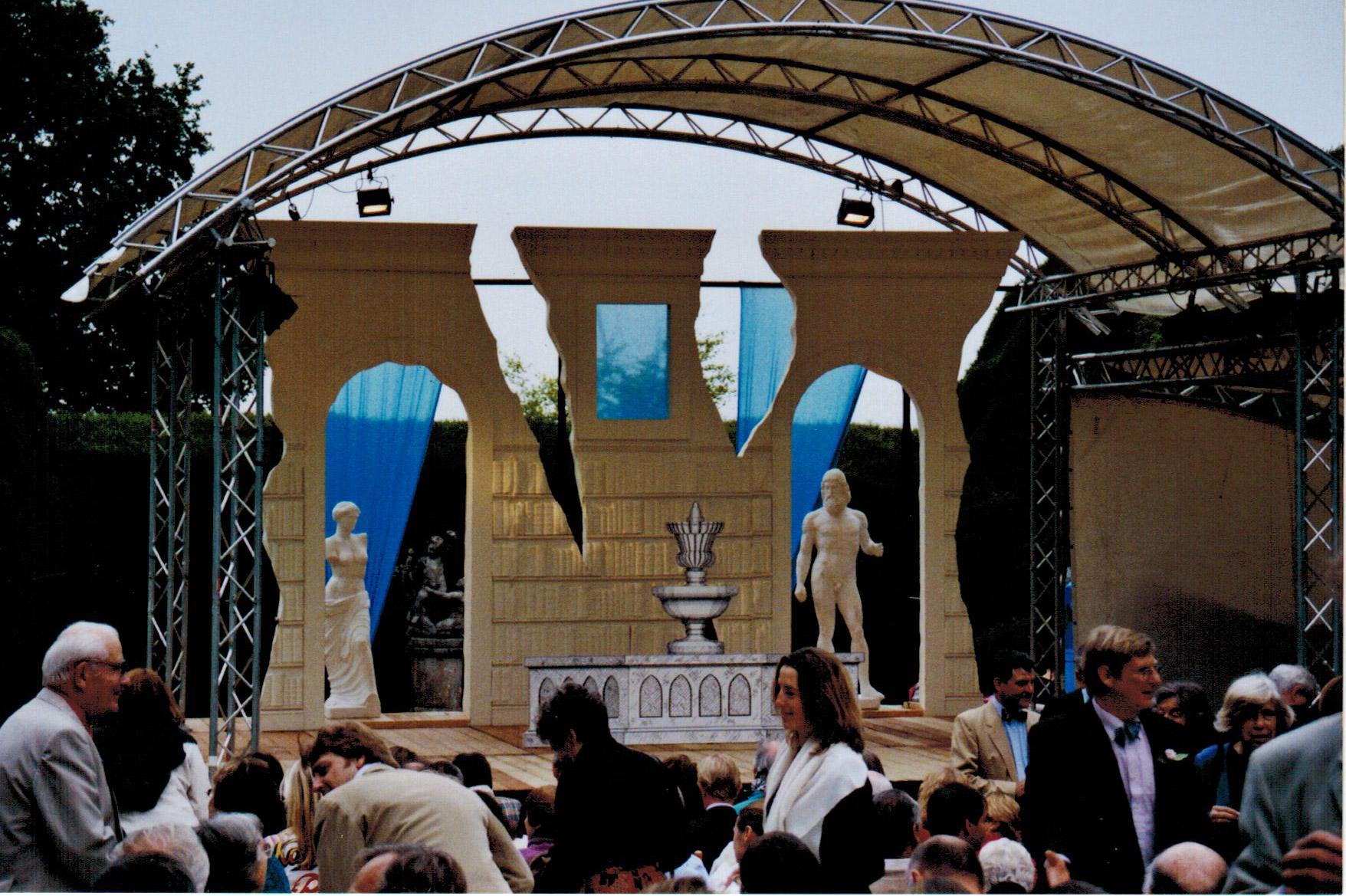 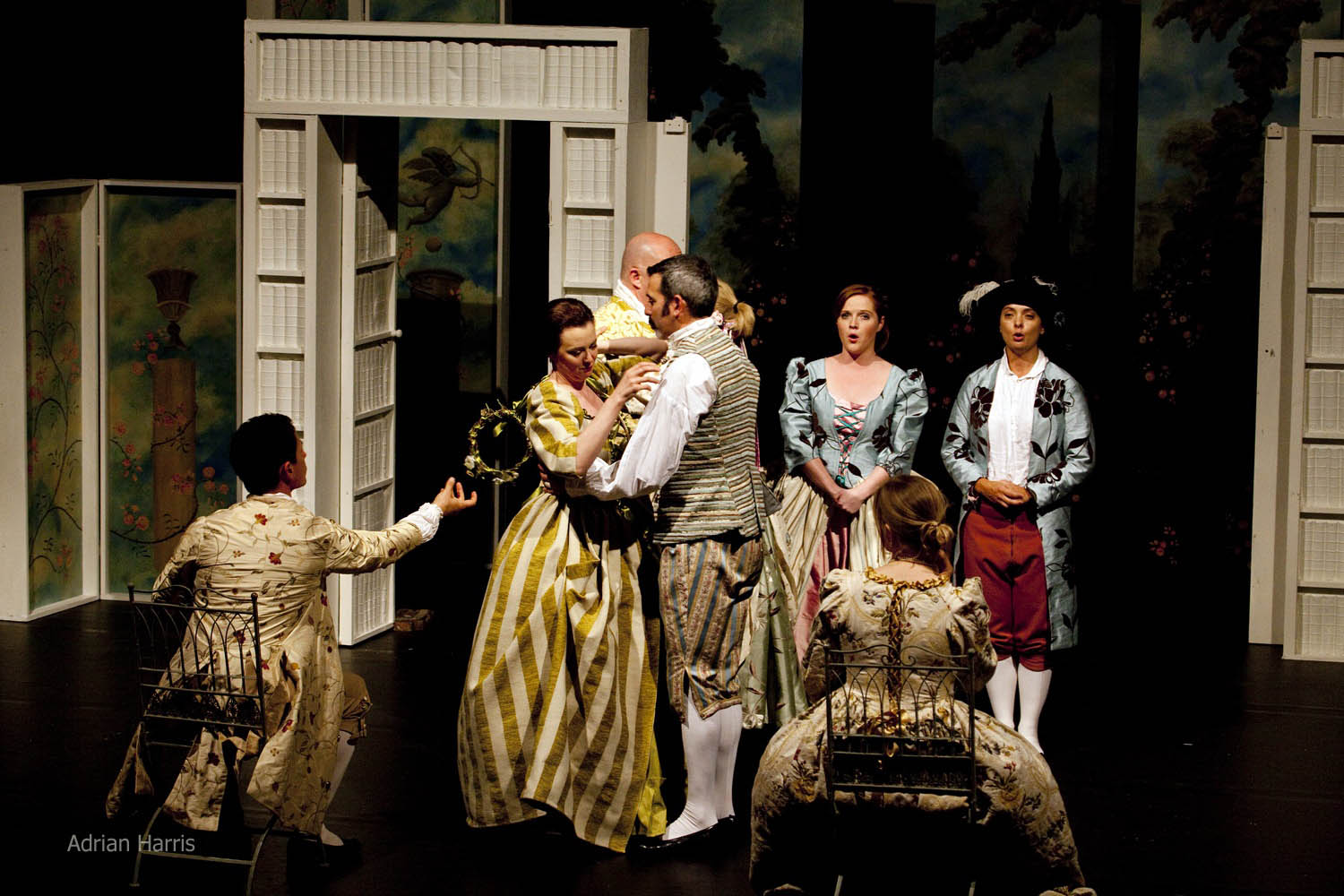 Opera Project is managed and directed by just two people: the company’s directors Richard Studer and Jonathan Lyness. Many productions are performed in English translations by Studer, and where productions require reduced orchestrations from the original, the majority of these are created by Lyness. Aside from its two directors the company has no other staff. As well as the musical and artistic direction, design, staging, set, costume, administration and accounting are all delivered by the Opera Project’s two directors. This is all the more remarkable given the company’s diversity in terms of scale of performances. Of the company’s 443 performances since 1993, around half have been played ‘in-the-round’ with an orchestra of between 9 and 13, a cast of between 5 and 15 and minimal staging. In contrast, however, a number of performances have taken place at Longborough with, typically, an orchestra of 30 – 40, a cast of 15 – 30 and substantial stage sets. Other venues range from theatres to village churches, from concert halls to hospitals, and from barns to gardens. Since 2000 Opera Project has staged some thirty-three different operatic works.

In 2016 the company’s directors Richard Studer and Jonathan Lyness were appointed Artistic Director and Music Director respectively of Mid Wales Opera (MWO). This inevitably has led to a period of intense activity with MWO with the result that the number of annual Opera Project productions has reduced. Nevertheless, Opera Project remains central to its directors’ long-term thinking. To this end the company returned to Tobacco Factory Theatres with The Barber of Seville in autumn 2019 for its annual collaboration with TFT where the combined resources of both companies have now resulted in a number of highly successful co-productions – Madam Butterfly, Falstaff, Don Giovanni and Tosca. In addition, Studer and Lyness returned to West Green House Opera in July 2019 with a new production of Johann Strauss’s great comic operetta Die Fledermaus.